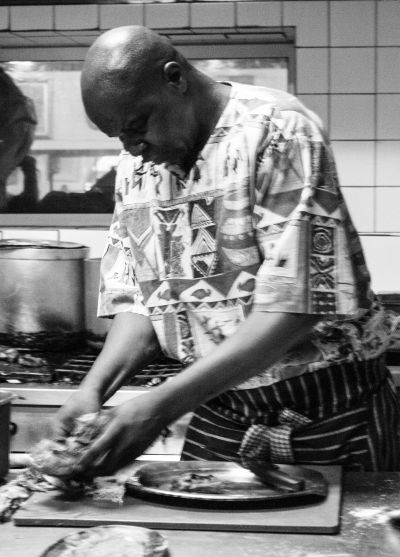 Marco, chef and owner of Marco's African Place, is the first black restaurateur in Cape Town. In 1989 he opened his first restaurant in Cape Town.

With a mix of traditional and Mediterranean food and live entertainment, Marco's has become a landmark in Cape Town's culinary landscape.

Marco's African Place was established in 1997. It is a 220 seater, fully licensed restaurant and bar. It is located in the Schotsche Kloof / Bo-Kaap area of Cape Town, South Africa.

Since opening it has become a popular venue for both local and international patrons who follow exquisite African Cuisine and African Music.